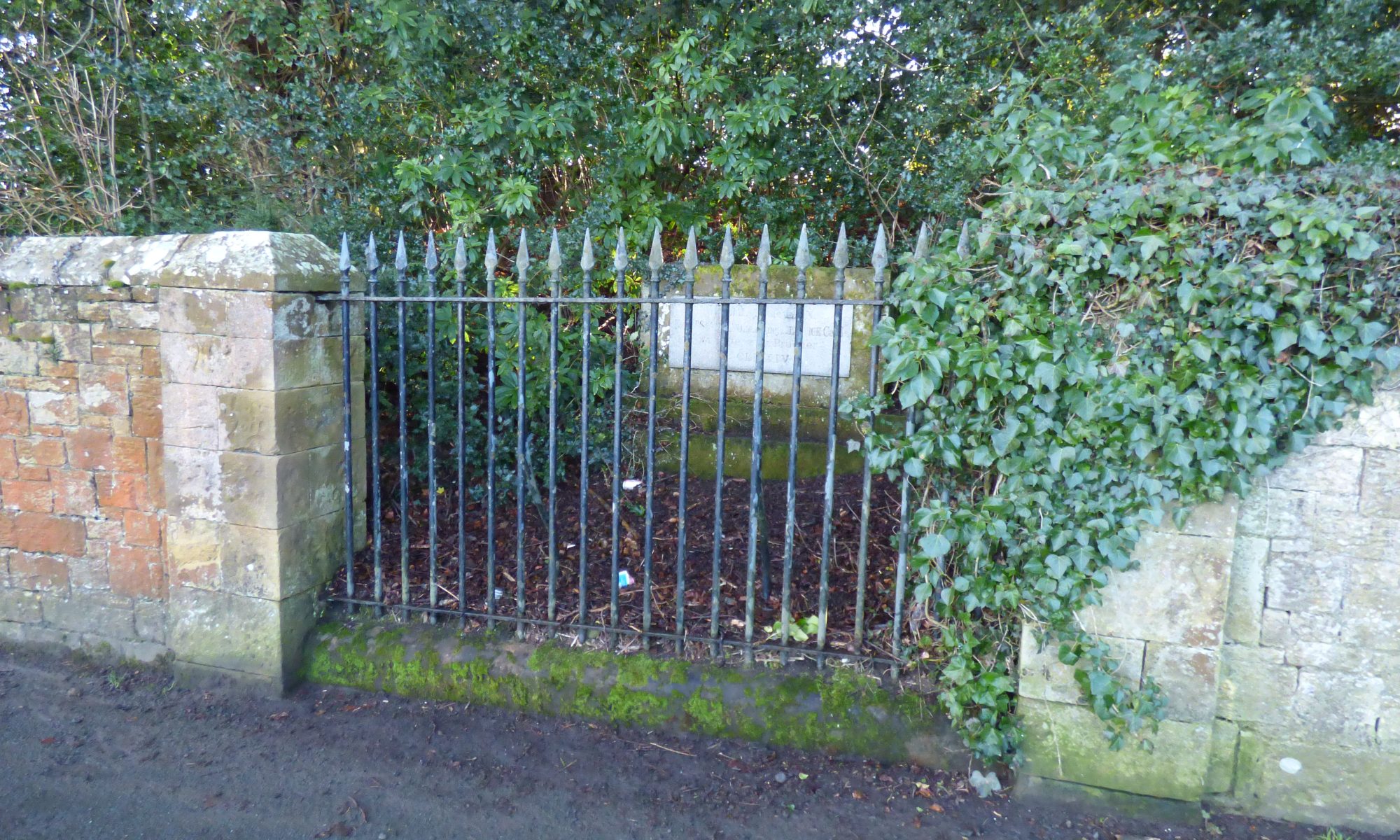 Grade II: The stone is a modern replacement and commemorates William the Lion of Scotland’s capture on that spot in 1174. The wall is 4 to 5 ft high of snecked rubble, and extends about 50 yds to the west and some 200 yds to the east of the railings in front of the stone.

Scottish King William I, also known and William the Lion took part in the revolt of 1173-4 against Henry II, joining forces with France – the beginning of the Auld Alliance.

In 1174 he was captured whilst attacking Alnwick Castle. He was taken to Newcastle and then on to Falaise in Normandy. In order to regain his freedom and his kingdom he had to pay a large ransom and acknowledge Henry as his feudal superior.

The site of his capture is marked by a 19th-century stone monument near the present gate into Hulne Park. This stone replaces an earlier one which is now lost.