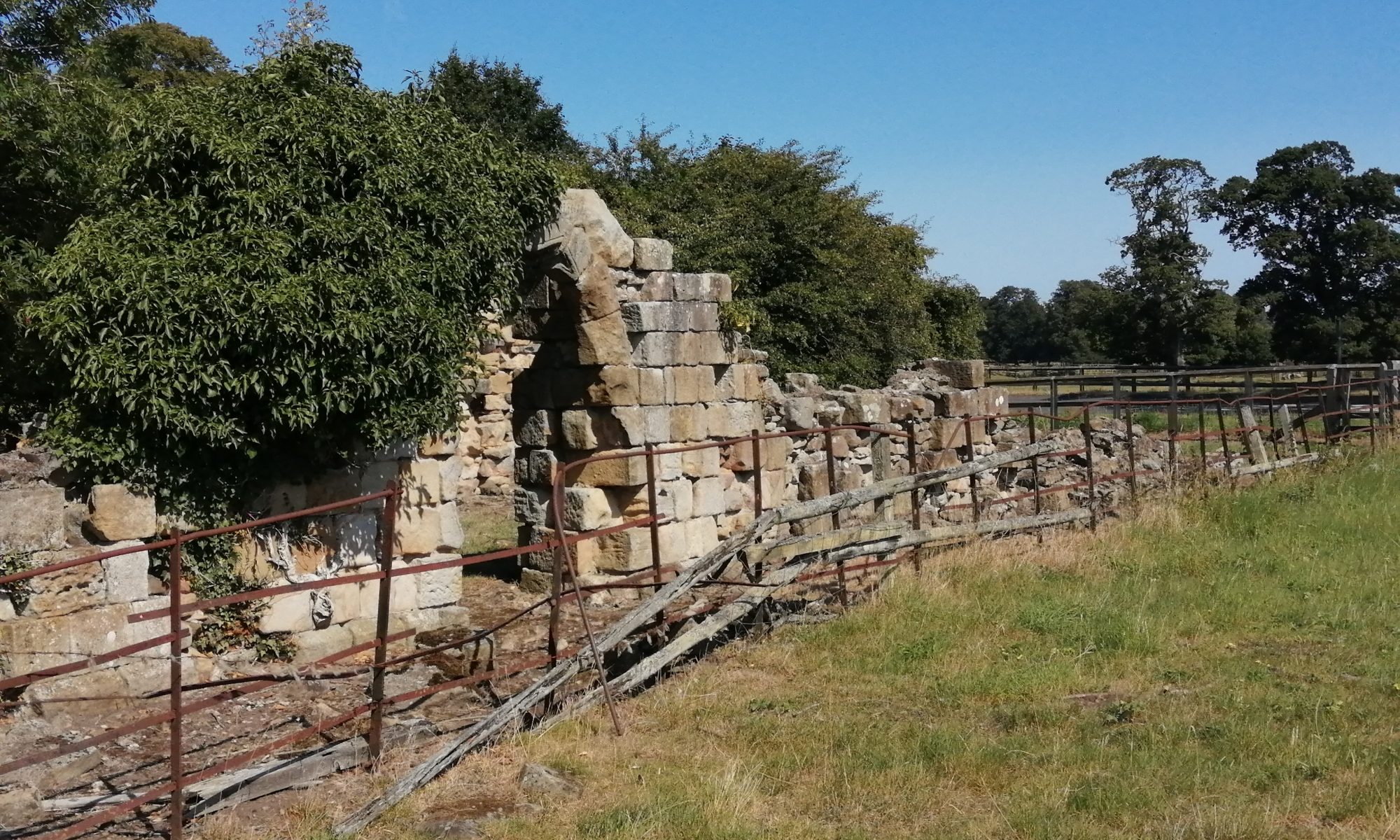 The hospital was founded in about 1200 by Eustace de Vesci, together with an independent group of monks, to pray for the soul of King Malcolm III. The hospital was later transferred to the Abbey. The site of the hospital had disappeared until it was discovered during ploughing in 1845. Some of the stones of the chapel were then re-erected following the original style.