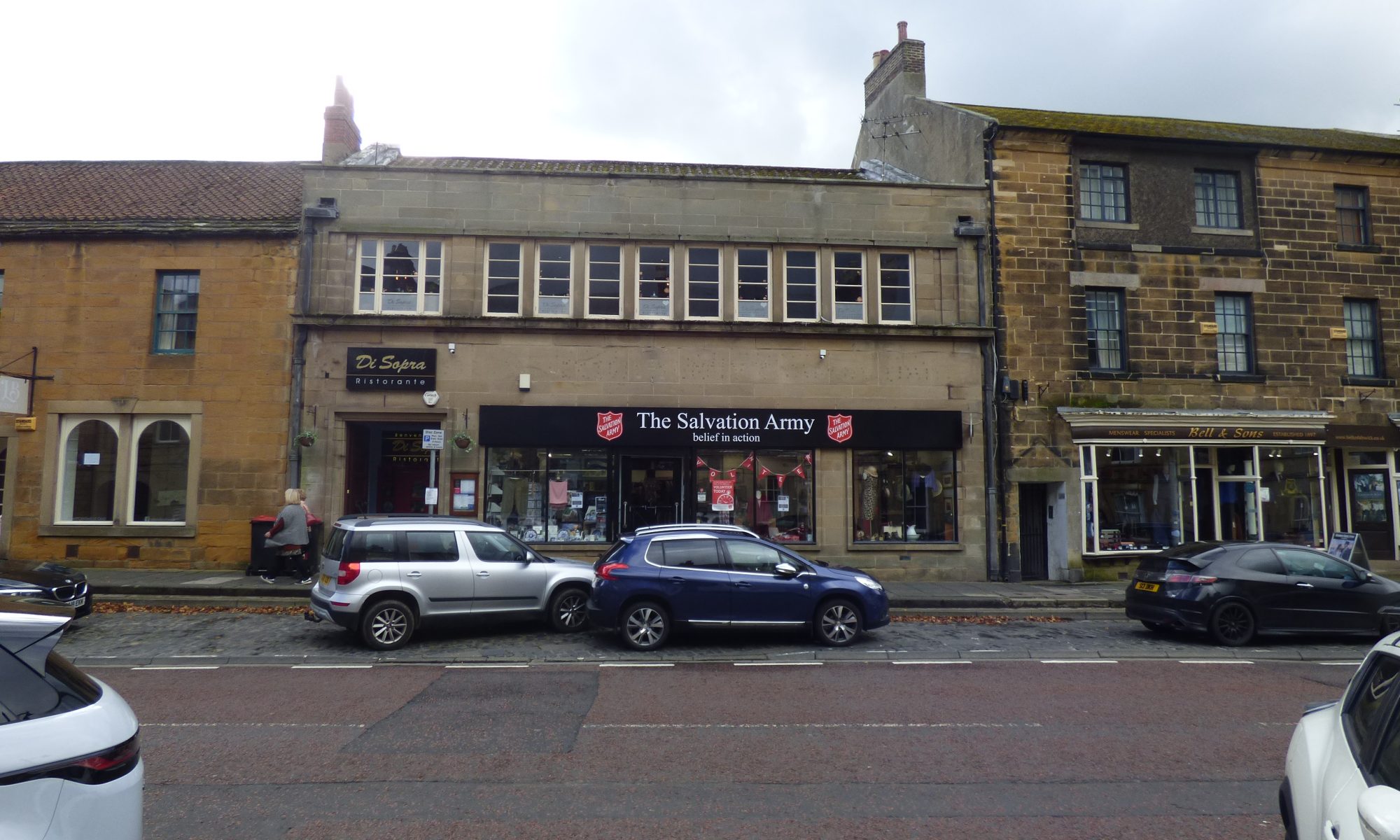 When it opened on June 5th 1939, NESCo House was described as “a most pleasing addition to business premises in the town”, that “embraces the most up-to-date architectural features in its design, yet is thoroughly in keeping with its surroundings “.

In 1925, the North Eastern Electric Supply Company (NESCo) had chosen Wagonway Road, in Alnwick for the location of their second branch. By the time they moved to Bondgate they had over 7,000 customers around Alnwick, and needed more space to accommodate staff, and demon­strate an expanding range of domestic appliances.

At the time this was one of 26 NESCo showrooms across the region. Their distribution network was extending bey­ond the major urban areas, the number of connections was increasing, and the use of electricity for light, heat and power was growing.

NESCo House was designed by L. J. Couves and Partners, who had also designed Grade-II listed Carliol House (the NESCo headquarters in Newcastle); and the ground­breaking Art Deco Dex Garage in Newcastle (which many feel should have been listed, but never was).

In 1939 NESCo House provided a showroom across the front of the ground floor. Customers could examine electric cookers, refrigerators, vacuum cleaners, boilers and water heaters. There was a demonstration theatre, with free demonstrations every morning and afternoon, of electric cookery, refrigeration, and laundry work. Lectures on cook­ery and housecraft were free. Above the showroom were of­fices for the staff, and behind the building were gardens, stores and a garage.

Today, in NESCo house, we find a charity shop with a res­taurant above. Some view the building as a blot on the high street, but it is well-built in stone; unassuming; and appro­priate in scale. Few, though, would now describe it as “thor­oughly in keeping with its surroundings”. Like the Post Office building on Fenkle Street (1940) and the Police Sta­tion on Prudhoe Street (1932) it reflects a different era, and different tastes. Nevertheless, the coming of electricity changed the lives of people in Alnwick. If we can’t celebrate NESCo House for the architecture or the heritage value, at least we can acknowledge that it symbolises an important stage in the development of the town.